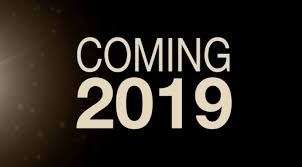 Very excited to be announcing our 2019 books, a list that’s eclectic, diverse, and challenging, just as much so as the forthcoming 2018 list. I continue to be amazed at the quality of submissions (300+ in our first year). There are so many talented writers out there doing important work. I wish we could publish more of them.

If your submission is still in the queue, we’re now considering it for the 2020 list.

BESOTTED, a novel by Melissa Duclos

BESOTTED is the ballad of Sasha and Liz, American expats in Shanghai. Both have moved abroad to escape—Sasha from her family, Liz from a broken engagement. When they move in together, Sasha finds herself considering a future with Liz, who is far less certain. For fans of PRAGUE by Arthur Phillips and THE EXPATRIATES by Janice Y.K. Lee, BESOTTED is an expat novel that explores what it means to love someone while running away from yourself.

Melissa Duclos’s work has appeared in The Washington Post, Salon, Electric Literature, Fiction Advocate, Cleaver Magazine, Full Grown People, BookTrib, Mommyish, Bustle, and English Kills Review, and her essay in Salon was named Best Personal Essay of 2015. She earned her MFA in creative writing from Columbia University, where she was awarded the Guston Fellowship. She lives in Portland, OR with her two children and is at work on her second novel. You can follow her on Twitter (@melissaduclos) and at www.melissa-duclos.com. 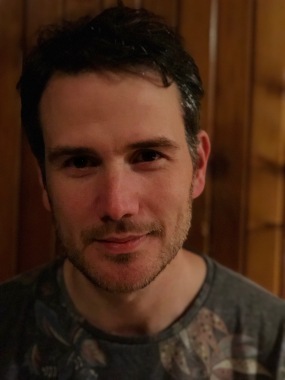 NOT EVERYONE IS SPECIAL, stories by Josh Denslow

A teen who can teleport just wants to make his mom happy. A midget working as an elf in a year-round Christmas-themed amusement park battles his archrival: a condescending Santa. You’ve heard of Fight Club, but have you been to the Underground Punch Market? Like the work of George Saunders crossed with Richard Linklater, NOT EVERYONE IS SPECIAL is a collection of slacker fabulist stories that are at once speculative, hilarious, and poignant.

Josh Denslow’s stories have appeared in Barrelhouse, Third Coast, Cutbank, Wigleaf, and Black Clock, among others. In addition to constructing elaborate Lego sets with his three boys, he plays the drums in the band Borrisokane and edits at SmokeLong Quarterly. You can follow him on Twitter (@joshdenslow) and at www.joshdenslow.com. 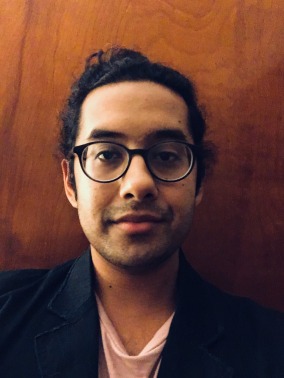 PORTRAIT OF SEBASTIAN KHAN, a novel by Aatif Rashid

Sebastian Khan is 380 days away from the end of college. An art history major who’s as much a connoisseur of members of the opposite sex as he is of Pre-Raphaelite paintings, Sebastian starts dating Fatima, a Muslim American determined to transition smoothly from campus life to a stable white-collar professional career. Sebastian’s membership in Model United Nations, though, takes him to college campuses all around North America, testing his commitment to Fatima and his readiness for adulthood. PORTRAIT OF SEBASTIAN KHAN is a humorous coming-of-age novel about a charismatic but emotionally stunted Muslim American Don Draper, who wins as many hearts as he breaks.

Aatif Rashid is a writer living in Los Angeles. His work has appeared in, among other places, The Massachusetts Review, The Los Angeles Review of Books, and Metaphorosis, as well as online on Medium. You can follow him on Twitter (@Aatif_Rashid) and at aatifrashid.com.

KANSASTAN, a novel by Farooq Ahmed

Inspired by the American Civil War, KANSASTAN takes place in a dystopic Kansas that is besieged by its neighboring state, Missouri. Close to the state line, an orphaned Muslim boy lives atop a minaret and is relegated to custodial work by the mosque’s imam while the threat of occupation looms. The boy plots to take over the mosque and then lead the parishioners into war against Missouri, but his plans are upstaged by the arrival of his aunt and cousin. When his cousin is hailed as a new prophet and given command of the mosque, the narrator executes his power grab, for which he is imprisoned by his cousin’s followers as the faithful march on Missouri. Like Cormac McCarthy’s THE ROAD, but inspired by Islamic folklore and Quranic verses, KANSASTAN is a grim and harrowing look at the role of faith in America that is leavened by Ahmed’s singular lyricism.

Raised in the great state of Kansas, Farooq Ahmed is a graduate of the Columbia University Creative Writing Program and of Brown University, where he studied biochemistry. His writing has appeared in the Financial Times, Nature, and the Proceedings of the National Academy of Sciences, and has been lauded by the South Asian Journalists Association. He lives in Los Angeles with his wife, two children, and a fear of earthquakes. You can follow him on Twitter (@mcfruke). 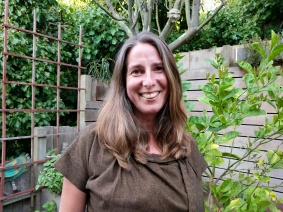 THE LIGHT SOURCE, a novel by Kim Magowan

When Heather finds out her best friend Julie is engaged, she becomes enraged. She’s watched Julie cycle through one boyfriend after another since they were boarding school roommates, always refusing to acknowledge Heather’s feelings for her. On the eve of Julie’s wedding, Heather makes sure the marriage doesn’t happen. That’s just the beginning of their two-decade-long on-and-off relationship. Narrated by seven characters, including Heather’s and Julie’s friends, THE LIGHT SOURCE is reminiscent of Meg Wolitzer’s THE POSITION and shows that what’s meant-to-be becomes increasingly complicated with age.

Kim Magowan’s debut short story collection, UNDOING, won the 2017 Moon City Press Short Fiction Award and is forthcoming in March 2018. Her fiction has appeared in Atticus Review, Bird’s Thumb, Cleaver, The Gettysburg Review, Hobart, New World Writing, Word Riot, and other journals. She is the Fiction Editor for Corium Magazine. She lives in San Francisco and teaches in the Department of Literatures and Languages at Mills College. You can follow her on Twitter (@kimmagowan).