We’re very excited to announce that we will be publishing these five books of debut fiction (from over 300 submissions) in 2021. If your work is still in the queue, it’s still being considered for 2022.

In the vein of Zadie Smith’s NW and Valeria Luiselli’s Lost Children Archives, Dionne Irving’s novel QUINT is based on a real-life family of quintuplets who rise to celebrity and fame in Canada in the 1940s.

Dionne Irving has published fiction and nonfiction in The Missouri Review, Boulevard Magazine, The Crab Orchard Review, and other places. Her essay “Living with Racial Fatigue” was chosen as a 2017 Notable Essay in the Best American Essays collection.

A literary comedy in the vein of Howard Jacobson, Shawn Rubenfeld’s novel THE EGGPLANT CURSE AND THE WARP ZONE follow a hapless retro game collector who bumbles and lies his way into an instructorship at a Midwestern prep school where he finds himself pursuing and trying not to pursue a married member of the faculty.

Shawn Rubenfeld has had short fiction appear in journals such as Columbia Journal and Portland Review. He is a PhD Candidate in Creative Writing at the University of Nebraska-Lincoln, where he received the Vreeland Award for fiction and teaches courses in literature and creative writing. He lives in Omaha. 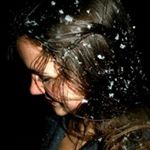 Caitlin Vance is the author of the poetry book Think of the World as a Mirror Maze (Stubborn Mule Press, 2019) and the chapbook The Little Cloud (dancing girl press, 2018). Her stories and poems have appeared in Tin House, The Southern Review, The Rupture, Washington Square Review, and others.

Winner of the 2009 James White Poetry Prize, the late Jim Nawrocki’s HOUSE FIRE will include his award-winning poetry collection as well as his collected stories with a foreword co-written by authors Michael Carroll and Edmund White. 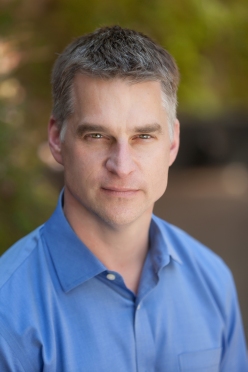 Jim Nawrocki’s fiction and essays have appeared in The Molotov Cocktail, Chelsea Station, and the Gay & Lesbian Review Worldwide, where he was a regular contributor. His poetry has appeared in Poetry, Nimrod, and other journals. After struggling with cancer, Jim passed away in 2018 at his home in San Francisco.

Joann Smith’s A HEAVEN OF THEIR CHOOSING
(Oct 2021)

Joann Smith’s story collection A HEAVEN OF THEIR CHOOSING meditates on issues ranging from fidelity to faith and mortality in the vein of Grace Paley and Alice Munro.

Joann Smith has published stories in many literary journals. Her work has been anthologized and selected as notable stories of the year by Best American Short Stories. She lives and writes in the Bronx and is most drawn to characters who find the extraordinary in their ordinary lives.

A MacDowell Colony and Hawthornden Castle fellow, Leland Cheuk authored the story collection LETTERS FROM DINOSAURS (2016) and the novel THE MISADVENTURES OF SULLIVER PONG (2015), which was recently published in translation in China (2018). His newest novel NO GOOD VERY BAD ASIAN is forthcoming from C&R Press in 2019. Cheuk’s work has been covered in The Paris Review, VICE, Poets and Writers, Electric Literature, The Millions, The Rumpus, and Asian American Writers Workshop, and has appeared in publications such as Salon, Catapult, Joyland Magazine, among other outlets.